My name is Giorgio

A few days ago, on April the 23rd, we were celebrating the World Book Day. This day was designed by UNESCO to celebrate reading in any form – from books and their authors to bookstores, libraries and other places that help with the distribution of this medium. To contribute to this occasion, we went to explore a special book presentation at the Babylonia cultural center where Dimitris Iconomou published his new creation called “Με λένε Γιώργο” (My name is Giorgio).

We also had the opportunity to have a little conversation with him before the beginning of the presentation:

He introduce his book to us by saying that the keyword for its understanding is definitely Diversity. The story of the book was primarily inspired by people and their relationships, because as a humans we are all being so different – women, men, gays, lesbians, everybody, even people that have cancer or mothers that grown their children alone – we are all different in some way and everyone has his own story with his own problems. 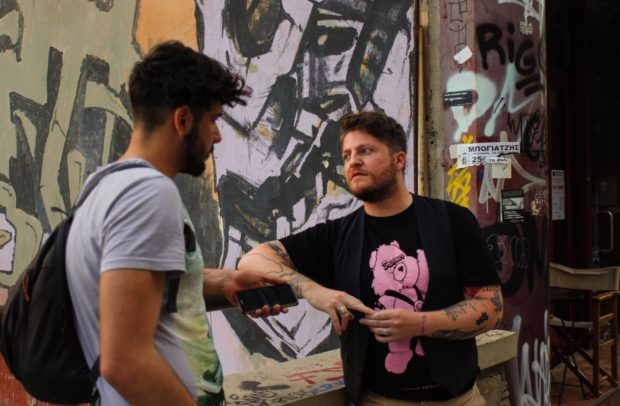 The main character of this book is a person called Giorgio, but it’s only a name since it could be John, Marta or anybody else. Giorgio is trying to tell his story to another person, so he can find some colleagues and make a group in order to make conversation easily.
By writing of this book, Dimitris Iconomou wants to inspire people and to show how simple it is to tell your story to another person. None of us should be afraid to do this. This book has a lot of things in common with authors own life and his relations with friends and family. 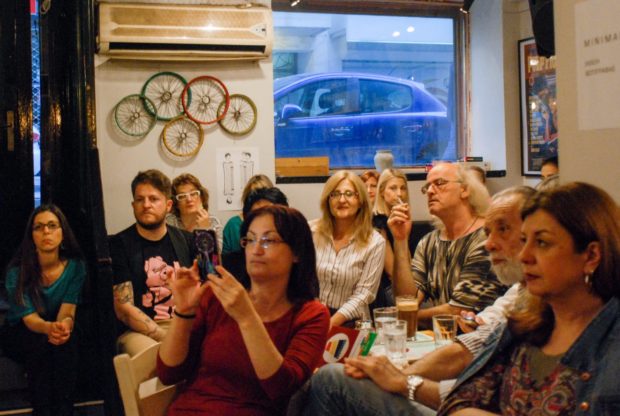 This book will be also staged as a performance and thus it will not remain only in written form, but it will become alive as well. In the end of our short discussion the author also told us that one of his greatest satisfactions in connection with this book is the fact that a lot of people told him that he wrote something about their lives even without knowing them personally.

Good luck Dimitris! Now it’s time to make the world aware of the fact that “in diversity lies a beauty and strenght”.

The land of the like minded: How social media bubbles drive polarisation

Should I Stay or Should I Go? – Closing Concert GYM project

Music is the real life: Interview with Yannis Tomis

The stigma of mental health in the Balkan community: Two young people share their stories

Pushbacks and Rights Violations at Europe’s Borders: the Case of Greece

Human Trafficking: a Crime against Rights and Freedom