How the coffee separated us without knowing it? 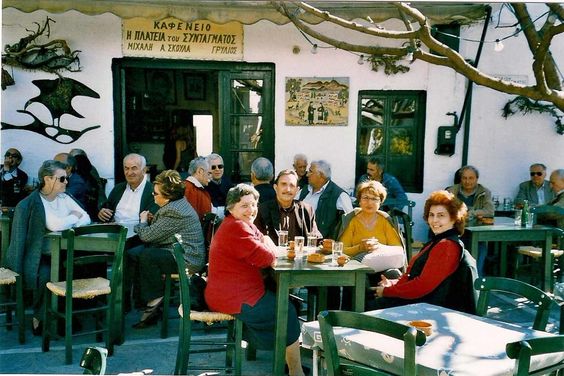 While carefully observing the history of coffee culture in Asia Minor region we might see that it works quite uniquely in this area, as it is being one of the key factors which help to keeps the local societies together. These days when we take a look at this phenomenon we can see that it has completely changed from its original tradition. The coffee houses were well-known places where people socialize, make decisions about their village life, even some of wedding ceremonies oftentimes used to take place within these places.

The meaning of staying at coffee house and having a chat with your neighbors has over time been commercialized especially in the city centers. As the prices of coffee are  increasing, people cannot afford to order a coffee and also because of the sociological changes women are not allowed to enter inside of these places anymore. Step by step the coffee houses became a primary domain for male visitors, which prevents females from visiting these places. Even tough it is not explicitly written on the door, these places prefer the male visitors much more then the female ones.

The patriarchal system creates these kind of conditions with the support of capitalism and thus it prevents people from expressing their ideas and suggestions for change in order to protect the current status quo. From the bigger picture we can see how masculinity isolates woman in one of the common places and woman can not express themselves. They even do not have speech freedom anymore even in the places where they used to express their points of view for many years. If this trend would continue, woman would keep being more and more isolated from certain parts of society and thus it would result in harming the gender equality once again.

In the end, I just hope that it would be possible to preserve there traditional places for socializing for both sexes. Let just try to keep our common spaces and traditions altogether with the presence of woman, otherwise nothing is going to be same. I would like to honestly say as a male person that isolation is not a solution for any of the sexes. If we exclude one of the sexes from any of the common spaces the other half of society would sadly stay underrepresented and misheard once again. We will be only a half without them, whatever we take as decision in our life, in our common spaces, will not be considered very well.