City Plaza and the magic of its little guests 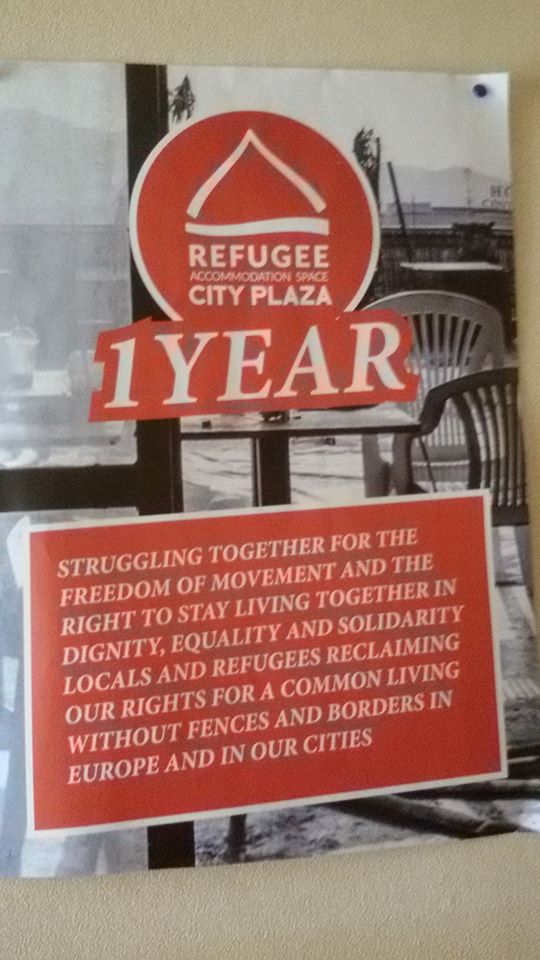 Children are the first thing that one notices as soon as arrived in City Plaza. An unbelievable number of children that in the Western society we are not used to seeing anymore. Inside the squatted hotel of Athens become a house for refugees there are around 170 and the youngest of them was born just some weeks ago. They are screaming, playing and jumping everywhere despite the mercury column that often exceeds the 40 degrees during the Greek summer. People who are around them are at the same time fascinated and bothered, the mood is not always good and adults cannot think about playing all the time.

Days are very long here but kids don’t seem to be bored, they always find something to do: a waste paper, a chair, a stair; everything is enough to be transformed into a funny diversion. Unlike a lot of their peers they don’t use smartphone, computers or other hi-tech games but are still able to be surprised with the magnificence of the world as just children, and some lucky man, can do. Yes the magnificence of the world. It seems strange to use this word while talking about human beings who are running away from war, persecution, poverty and tortures. Walking toward an uncertain future, an unknown country, maybe safe from bombs but probably not from abuses. But so it is.

I speak with one of them, eleven years old and a vivid intelligence. In this period he doesn’t have the chance to go to school but he knows more of the half of the adults that I know. His endless curiosity gives him more knowledge than one hundred books and I understand this when he starts making questions about everything. First I got deeply ashamed about every time that as a child I complained about school, then I start answering him. Geography and languages are his favorite subject and I am more and more fascinated with his hunger to know how to say that word in Italian, how to get by train to Berlin, how it looks like living in Paris. He likes traveling and after my stories he starts telling his trip. He looks excited while telling about the night journey that brought his family to the island of Lesbos – there were so many stars- and his eyes are shining.

I sway realizing that his trip was done on a smugglers boat but I try not to let it show through. It reminds me of a movie that won the Oscar about a child and his treasure hunt in a concentration camp. He behaves as if he left for a long vacation, an adventure discovering new worlds, foods and people. Living in a hotel surely helps. The first step was a camping in a Greek island, but we know a bed in a room is always more comfortable and leaning from the balcony we can maybe see the Acropolis. The next destination is totally unknown, but we can only hope that his future will be as great as his dreams.