We all know it. For some men is just that day during the year in which they need to give flowers to their partners, mothers, aunts and so on. And you know that if you don’t do it, or simply forget about it, well… may the God be with you! But where does it come from and what does it mean, exactly?

The intergovernmental organization of United Nations (UN) established the 8th of March as International Women’s Day, in the year of 1977, during a General Assembly of the UN. In this meeting, it was settled that this day should be dedicated to all the women around the world as a way to commemorate their social, political and economic achievements. All of this after the 1975 experience – this was the International Year of Women. Another approach that was set during the assembly in 1977 was to fight against discrimination towards women, as well as violence/domestic violence against them.

But let’s go now even more back in time, more exactly in 1857, in the great city of New York. The city is noisy, everyone is busy doing their job and trying to get from one point to another. In all this “normality” of the city, suddenly appears a well-organized crowd of women – a few thousand people though – which grew more and more over time. They were all textile industry workers and now they’re peacefully protesting, with their right arms raised towards the sky, against the overloaded working schedule, as well as for salary equality between them and men.

So, what means the 8th of March today for us? Well, in some countries it had been already chosen by the governments to be a National Holiday so, no work. For the restaurants it is a good opportunity to make some money, especially after January and February, the dead months of the year. Tulips are seen in some countries as the flower that better represents this day. There are different traditions around the globe, most of them involving flowers, chocolate and going out.

How have you celebrated the 8th of March this year? We’re glad that at least we “stole” from you a smile with this flower. Enjoy it and keep the tradition going further!

Happy Women’s Day to all of you! 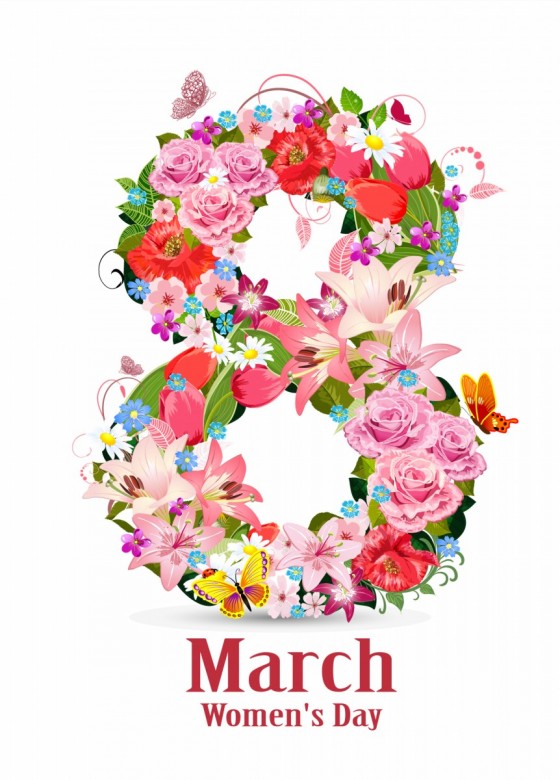